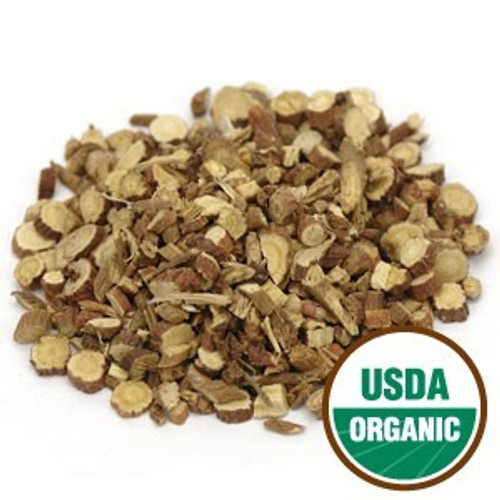 Licorice Root, also known as Glycyrrhiza glabra, is an herbaceous legume that is native to the Middle East, southern Europe, and India. It is sometimes spelled as Liquorice, is a favorite ingredient to sweeten herbal tea blends and is often used as a flavoring agent in candy. It has also been an important herb in Eastern and Western traditions of herbalism for thousand of years. The licorice root is widely used worldwide and it is the most used herb in the Traditional Chinese Medicine today, and for the Egyptians, they used it as a flavoring for a drink called Mai-sus, and large quantities were found in the tomb of King Tut.